What is Sermorelin Acetate Therapy?

Semorelin (GRH 1-29 NH 2)
Sermorelin is a form of GRF (growth hormone releasing factor), that contains only the first 29 amino acids. GRF that is produced by neurosecretory neurons in the brain contains 44 amino acids. When the structure of GRF was first described by the Nobel Laureates, R. Guilleman and A. Shalley in the 1970’s one of their students, William Wehrenberg sought to determine which part of the HGH molecule was essential for its pituitary stimulating action. By eliminating individual amino acids and then testing the remaining peptide, he found that only the first 29 amino acids are responsible for stimulating pituitary production and secretion of HGH. Therefore, the chemical name for Sermorelin is GRH 1-29 NH 2 . The NH 2 is included in the name so as to indicate the amino terminus of the molecule.

Sermorelin is not the same thing as growth hormone, its a HGH secretagogue, which means that it stimulates the pituitary gland to produce and secrete HGH. Sermorelin is a small peptide containing only 29 amino acids whereas HGH is a much larger molecule containing 191 amino acids

Advertisements for HGH secretagogues that do not require a prescription are not the same as Sermorelin !

The OTC secretagogues or releasers are usually the amino acids L-arginine, L-glutamine, L-ornithine, glycine, L-dopa, as well as such substances as ornithine alpha-ketoglutarate and the herbs Macuna pruriens and Tribulus terrestris . While high doses of these compounds sometimes elicit release of HGH from the pituitary gland, the effect is non-specific. In other words, they create a general effect on brain activity, just as exercise does, that sometimes causes HGH to be released. However, the effect is intermittent and unreliable since it does not work through any receptor specific process on the pituitary gland. Also, high doses of amino acids can produce kidney problems presenting a risk for the regular use of such products. In contrast, Sermorelin has highly specific and saturable receptors on pituitary somatotrophs. Thus, it binds to the cells that produce and release HGH. Upon binding, Sermorelin initiates its action through a cylicAMP second messenger system exactly the same as that used by naturally occurring growth hormone releasing hormone. Furthermore, it has an excellent safety profile with little side effects.

If HGH is effective in addressing adult growth hormone deficiency, why should a client consider Sermorelin ? For several reasons including the fact that it produces the same effects on body composition and other benefits of HGH but in addition: Its effects are regulated at the level of the pituitary gland by negative feedback and by release of somatostatin so that safety concerns associated the HGH overdosing are minimized or completely avoided; Tissue exposure to HGH released by the pituitary under the influence of Sermorelin is episodic not “square wave” preventing tachphylaxis by mimicking normal physiology; By stimulating the pituitary it preserves more of the growth hormone neuroendocrine axis that is the first to fail during aging; Pituitary recrudescence resulting from Sermorelin blocks the cascade of hypophyseal hormone failure that occurs during aging thereby preserving not only youthful anatomy but also youthful physiology; It provides the patient with all the benefits and more of HGH replacement therapy and furthermore, its OFF LABEL USE IS NOT PROHIBITED BY FEDERAL LAW.

Currently, the only method for effectively administering Sermorelin is by subcutaneous injection. However, because the molecule is much smaller than HGH, it may be possible to successfully administer it through the nasal mucousa using a spray formulation. This hypothesis is currently being tested clinically and the results should soon be known 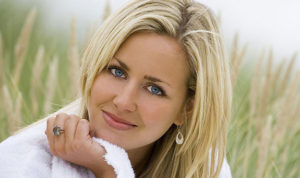 The dosages of HGH and Sermorelin are fairly similar. Although the molecules work at different sites in the body (HGH at the liver and Sermorelin at the pituitary), the amount of material needed to be effective in raising serum IGF-1 are approximately the same. HGH is generally prescribed in daily doses of one or two international units (IU) while Sermorelin is prescribed in micrograms. However, one IU is equal to 333 micrograms so the weight of effective dosages is approximately between 300 and 600 micrograms per day. The recommended dosages for Sermorelin are between 200 to 500 micrograms per day; a range which is comparable to that for HGH.

Costs of Sermorelin per vial is about 10 – 15% less expensive than HGH. Furthermore, a vial of HGH usually last approximately 12 – 14 days. In contrast, based upon clinical information defining the effective dose for stimulation of the pituitary gland, one multidose vial will be sufficient to last for 15 days.

Loss of HGH potency after about six months or more of continuous use is not unusual and is not due to inferior product. It is due to the fact that injection of HGH elevates blood levels of the hormone to unnaturally high values for several hours each day. Also, constant stimulation causes increased production of IGF-1 which also has more constant tissue exposure than under normal conditions. These factors causes target tissue receptors to “down regulate” in an attempt to prevent over stimulation by the unnatural exposure to HGH and IGF-1. Under physiological conditions, HGH is released from the pituitary gland in episodes that cause levels to increase and decrease many times throughout the day. Under such conditions, tachyphylaxis or down regulation does not occur since the tissues receptors get time to “rest” between each stimulatory event. In contrast to HGH, there is no loss of potency with Sermorelin because its action on the pituitary gland is modulated by feedback through somatostatin. This causes HGH to be released from the pituitary in episodes, rather than in “square wave” pharmacological presentation as occurs upon injection of the gene recombinant product. In addition, the pituitary gland up-regulates to stimulation by Sermorelin causing the gland to rejuvenate are many reports of data in peer-reviewed medical and scientific journals showing that GRF/Sermorelin also has a direct effect on the brain to promote non-REM slow wave sleep.

The standard protocol for prescribing Sermorelin is administered by s.c. injection once daily prior to bedtime. The time of injection is important because the additional GRF provided by Sermorelin complements that which naturally occurs during sleep and thereby facilitates the nocturnal release of HGH that is characteristic of youth. Dose selection should be suited for each person’s individual needs. However, guidelines for dosing are:

Sermorelin for injection is available in multidose vials containing sufficient product for 15 days of therapy. Each vial contains from 3 to 7.5 milligrams of Sermorlin as a sterile, lyophilized powder. Sufficient diluent (3 ml sterile, isotonic saline) is provided so that each 0.2 milliliter of the reconstituted solution contains daily doses ranging from 200 to 500 micrograms Sermorelin .

MedX Medical Clinic is a top anti-aging clinic in South Florida. We feature a comprehensive list of procedures you will not want to miss out on.

Are you ready to experience the MedX difference?

Book an appointment today to see all that we can offer you.